[vc_row][vc_column][vc_video link="https://www.youtube.com/watch?v=ck1jw2QuIa4"][/vc_column][/vc_row][vc_row][vc_column][vc_column_text][/vc_column_text][/vc_column][/vc_row][vc_row][vc_column][vc_column_text]now students looking to head to the polls in this federal election will have to go off campus to cast their ballot as we told you right at the beginning of this program that's because elections canada has shelved its vote on campus program because of concerns around the pandemic now when it was introduced back in 2015 tens of thousands of students did take advantage preston mulligan now who spoke with students in halifax about their new voting plans heading into this next election dell students line up outside to pick up their student ids waiting in line is a fact of life for students this time of year but come election day they'll have to wait somewhere else well there is one simple word for it and it's coveted 19. in the 2015 and 2019 federal elections five universities in this province took up elections canada on its offer to set up special on-campus polls in fact in 2019 more than 2200 ballots were cast here at dell about 700 were cast at st mary's this year though the timing just didn't work out to find places within the university that would be covered uh health appropriate health safety and regulation appropriate uh to make all the arrangements there was just then there is the issue yes of hiring people training all of that there was just not enough time some students here at dal just took it for granted they'd be able to cast their ballot on campus again i'm hoping to vote on campus if there is voting it doesn't sound like there is there will be no voting on campus that'll be too bad and some people especially if you're from somewhere else and you plan to go back um you won't be able to vote in your home riding as easily if you don't have access to these on-campus locations so it really doesn't sit right with me my immediate reaction is i don't know where i'm gonna vote because this is where i voted for the past federal one and the provincial one recently elections canada is telling students from out of province who want to vote in their home riding to visit an elections canada office and get a special ballot or if they choose they can cast a ballot for a local candidate provided they have proof of residence i think elections canada has good reason for not doing it in this election despite that this dow paulie syproff says students are losing more than just the convenience of voting on campus i think they're losing a great deal because they were actually being trained in how to operate the administrative machinery of elections and elections canada elections nova scotia always has trouble hiring enough people to operate elections elections canada says on campus voting will return for the next federal election preston mulligan cbc news halifax<br><!-- wp:image {"id":1776,"sizeSlug":"large","linkDestination":"none"} -->rn<figure class="wp-block-image size-large"><img class="wp-image-1776" src="https://en.videoencontexto.com/wp-content/uploads/2021/10/Campus_voting_scrapped_due_to_COVID19_risking_lower_student_turnout_ck1jw2QuIa4.jpg" alt="Campus voting scrapped due to COVID-19, risking lower student turnout" /></figure>rn<!-- /wp:image -->[/vc_column_text][/vc_column][/vc_row] 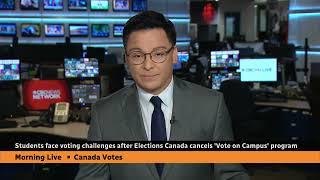