Once Again Banned Russians Raise Questions About Doping At The Olympics

[vc_row][vc_column][vc_video link="https://www.youtube.com/watch?v=BM3h6Q2IX1Y"][/vc_column][/vc_row][vc_row][vc_column][vc_column_text][/vc_column_text][/vc_column][/vc_row][vc_row][vc_column][vc_column_text]tokyo traditionally doping at the olympics has been an uncomfortable companion to the game's soaring athletic achievements in tokyo it hasn't been the issue it often is because of concerns about the coronavirus pandemic but it's still there along with a russian team that's come to embody doping controversy there's a joke that's been going around at these olympics when has there ever been so much talk about positive tests and not have it be about performance-enhancing drugs yes the coronavirus shoved doping to the side or at least it did until u.s swimmer ryan murphy finished second to russian evgeny ryloff in the men's 200-meter backstroke i don't know if the race was 100 clean murphy said at a press conference afterwards and that's because of things that happened over the past his doping suspicion could have been based on a number of things over the past in 2016 the revelation that russia had been running a state-sponsored doping system which russia has always denied also in 2016 a widespread drug testing failure not just in russia before the rio de janeiro olympics travis tigett ceo of the u.s anti-doping agency says the failure happened in 10 sports considered high risk for doping including swimming and track and field in those high-risk sports alone tigert said there were 1913 athletes who had no tests in the months leading into the rio olympic games that's significant he says because most doping happens before a big event like the olympics at least six months before a major competition tiget said you have to have robust out of competition testing because that's the time period when athletes will use human growth hormone or epo or other steroids that will be out of their system when they show up at the games and they'll test negative at the games but you'll still have the benefit of those drugs that you used prior to the games so it's absolutely essential pre-tokyo there was another failure because of the pandemic in 2020 you had about a 45 reduction in global testing according to wada world anti-doping agency statistics he said in the first quarter of 2021 this year you had a reduction of roughly 20 according to wada statistics in other words there are plenty of reasons for athletes like ryan murphy to be suspicious in that post-race press conference murphy said he was expressing general concerns about doping and wasn't directly accusing ryloff who sat next to murphy ryloff was asked whether he felt like he was being accused of anything and whether he used banned drugs i have always been for clean competition ryloth said through an interpreter i am always tested so from the bottom of my heart i am for clean sports but the fact is his country is being punished for a third straight olympics for being not clean and punished critics say is a relative term<br><!-- wp:image {"id":1776,"sizeSlug":"large","linkDestination":"none"} -->rn<figure class="wp-block-image size-large"><img class="wp-image-1776" src="https://en.videoencontexto.com/wp-content/uploads/2021/10/Once_Again_Banned_Russians_Raise_Questions_About_Doping_At_The_Olympics_BM3h6Q2IX1Y.jpg" alt="Once Again Banned Russians Raise Questions About Doping At The Olympics" /></figure>rn<!-- /wp:image -->[/vc_column_text][/vc_column][/vc_row] 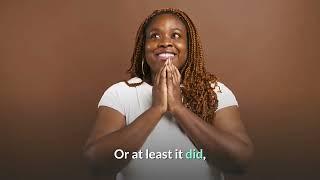