Taliban warns of 'consequences' if troops withdrawal is delayed

[vc_row][vc_column][vc_video link="https://www.youtube.com/watch?v=ivnMQBt4t4s"][/vc_column][/vc_row][vc_row][vc_column][vc_column_text][/vc_column_text][/vc_column][/vc_row][vc_row][vc_column][vc_column_text]with days to go until the deadline for troop withdrawal from afghanistan in the midst of a humanitarian crisis the taliban agreed to meet sky news in doha and issued this stark warning if the us or the uk wanted to extend the 31st of august deadline in order to [Music] continue evacuations out of the country would you agree to that no no this is something you can say it's a red line president biden announced this agreement that until uh 31st of august they would withdraw all their military forces so if they extend it that means they are extending occupation while there is no need for for that i think that it will deteriorate the relation that will create mistrust between us if they are intent on continuing the occupation so it will provoke reaction let's talk about the situation at the airport people are very afraid of what life may look like under your rule people are prepared to leave everything behind they're prepared to risk their lives to leave the country what would be your message to them first i assure you it is not about their worry and not about their scare their this is about the they want their demand to resettle in western countries and that is a kind of economic migration because afghanistan poor country and 70 percent of the people of afghanistan are living under the line of poverty so everyone wants to resettle in western countries to have a prosperous life so that that is it is not about scared of course for their justification to go there they exaggerate scare and terrified and so and so so we know the other ones this is our society this is not the fact they are scared we're hearing reports of members of the taliban going door-to-door looking for people like journalists like members of the judiciary former government workers we're hearing that girls schools have been closed in some provinces what are you doing about that all fake reports if anyone is as you say and we investigate every incident who is being door-to-door he himself will be prosecuted and tried and punished because that is a violation of our policy but i can assure you there are many reports by our opening opponents claiming uh what is not based on realities and as we now approach the date for american british foreign forces soldiers to leave afghanistan what would you say to the families of those who died trying to help afghanistan i first of all say they acquired our country if we occupy your country what you will say to me i killed your people in your country what you will say i think our people suffer the lot bloodshed destruction everything but we say the past is the past story a part of the our part of our past history now we want to focus on future<br><!-- wp:image {"id":1776,"sizeSlug":"large","linkDestination":"none"} -->rn<figure class="wp-block-image size-large"><img class="wp-image-1776" src="https://en.videoencontexto.com/wp-content/uploads/2021/10/Taliban_warns_of_consequences_if_troops_withdrawal_is_delayed_ivnMQBt4t4s.jpg" alt="Taliban warns of \'consequences\' if troops withdrawal is delayed" /></figure>rn<!-- /wp:image -->[/vc_column_text][/vc_column][/vc_row] 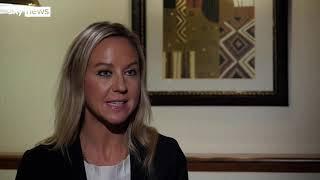